In the first I had been the witness to some nefarious activity during which I had become involved with some police officers and now the criminals would be after me so I needed to stay hidden, keep off the street and have a police guard when I really needed to go out.  I felt like my life was over, that I’d made a small mistake, looking in the wrong direction when someone was up to no good, and now I was facing ridiculously harsh consequences.

A little later, I had another dream.  This time I was in a car with Ian Ricketts and some other person.  Ian taught me at Guildford School of Acting and is one of the singularly nicest men I’ve ever known.  Really, just impeccably lovely.  He was driving along with me in the passenger seat (although now I think about it, for some reason it was a left-hand drive).  Suddenly he went very fast and bumped another car.  We slowed down and stopped and then an automated voice said “Warning! Pedestrian attack imminent!” and sure enough a guy from the car we’d hit was coming round to the passenger-side wing, shouting and gesticulating.  He then took a dive onto the windscreen, covering it completely.  At this point Ian drove off, again, very quickly and then stopped suddenly so that the guy flew off the bonnet.  Again, I was a helpless witness to someone getting hurt. I woke up.

I realised today that I really like this sort of thing.  Taking wallpaper off, removing layers of paint.  I’m not that wild about the filling of cracks, sanding down and painting bits of decorating, but I love stripping away the old stuff.

Sadly, the job I’ve got to do here this week only involves removing one layer of wallpaper but I’d really relish another go at something caked in years of DIY – I had the experience once, but the problem there was that I lived with other people who wanted it finished, nicely painted again.  They didn’t see the joy of removing old paint very, very slowly – seeing the different shades, the fashions in decoration emerge and then getting back down to the bare wood.

So yeah, in search of somewhere with lots of layers of paint that want removing… slowly, no rush (in fact the slower the better) 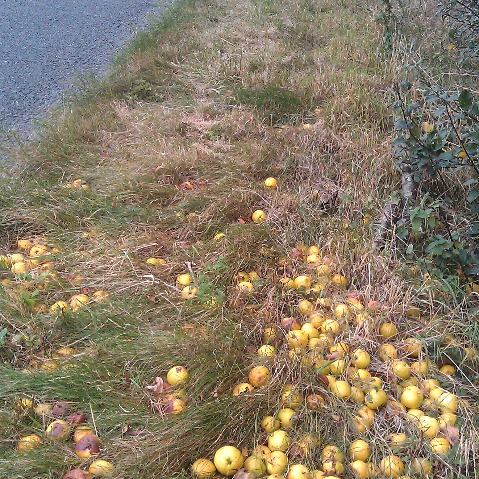