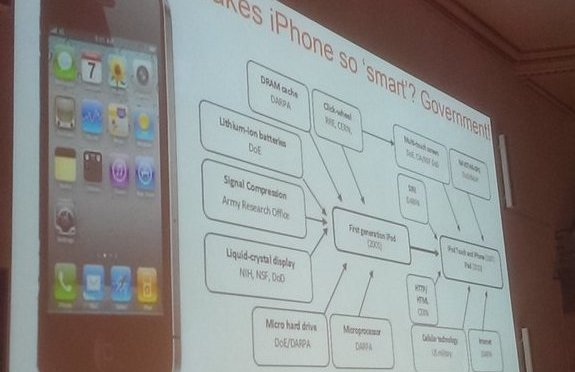 A couple of weeks ago, John McDonnell MP, the shadow chancellor, announced that he’d be organising a series of events on New Economics to “broaden the debate around economics in Britain.”

I booked up for the first four in London straight away. The first lecture was last night at the Royal Institution. It was good, I heartily recommend you getting along to others in the series if you can. I had a few reactions to it that might be expected by regular readers here.

I came away really wanting to know who else was in the room (other than Jeremy Corbyn) and what they thought. And what all of this was doing to “broaden the debate”. I may just be being impatient. Let’s see what the next one (on Tech & the Future of Work) is like. I’d much rather have some Open Space/Unconference events where people really get to talk about this stuff and we all have an experience we couldn’t have had through a screen.

Which ties in conveniently with two evening events I’m doing in February at WeWork on the Southbank! After the Future of Work spaces we did before Christmas, I wanted to continue the conversation but with a more practical angle. So rather than talking broadly about new technologies, I’m asking “What are we actually going to do?”

You can book on Eventbrite:

Future of Work: What are we going to do about Artificial Intelligence?

Future of Work: What are we going to do about The Internet of Things?

See you there if not before!