“Family History” day kicked off with a memory shared from Facebook. Last year, I saw this photo shared on a South Birmingham Past/Present type group and was pretty sure I’d spotted my aunt, Saffron, so shared it with her and I was right. We think it was 1956. She and Sue gave me some more background.

“I remember the day so well, feeling nervous and embarrassed and scared, and my friend Christine Smith as the other ‘maid of honour’. Jeez 🙄”

“it was an annual event. It was the May Queen who then ‘reined’ over the West Heath carnival. I remember Saffron’s dress was green flock with velvet ribbon trim!”

“I’m sure Mom made Saffron’s [dress]”

“I wonder if mom made Christine’s dress as well. Yes, remember the green velvet ribbon especially 😉”

I moved on to looking for some reminiscence materials for my Uncle Lloyd. When I saw him a couple of weeks ago, we talked about when he lived on Main Street, just off the Stratford Road in the early 1960s.

I found him in the electoral roll for 1962 in Flat 2, 48 Main Street, the house isn’t there any more, but I did find a 1938 25-inch OS map that includes that area on the National Library of Scotland site (lots of old maps there, with Creative Commons licences).

He struggles with following online stuff, so I’m printing it all out and sending him a letter, but I’ll also share it by email with his remaining two sisters and one brother.

I also had a scout around for things to do with Eaton’s, the Canadian department store. He lived in Toronto and worked as a delivery driver for them in the mid-1950s (he went out there in 1955 and returned in 1958, I have shown him the passenger lists he was on).

I really ought to have a dig for his military record (National Service) and Police Service record next.

With this stuff, it’s really hard to stay focused, because there are so many rabbit holes to go down. The best solution I’ve found is to give myself a fairly narrow goal, keep bringing myself back to take notes of what I have found and pointers to interesting things that need to be followed up, and forgiving myself for spending more time on it than I intended!

I’ve got a few days this week in the best part of the country there is. 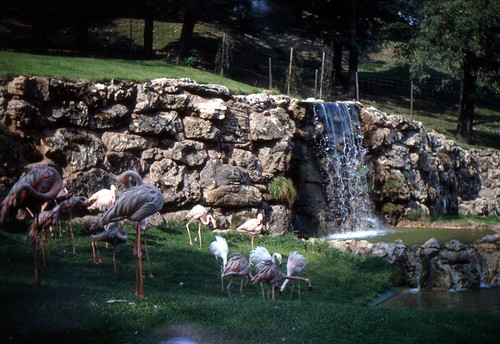 I’m travelling up to Dudley on Wednesday morning and spending the afternoon with Lorna Prescott and friends and whoever else turns up at Gather Dudley at 65 High Street. If you’re on the Black Country side, do come over and say hello. We’re going to talk about community, co-creation, creative collaboration and probably some things that don’t start with ‘c’ just for the hell of it.  Lorna’s written about it here and it does help her if you could also sign up on the Eventbrite page.

On Thursday, my tentative plan is to spend the day at the Impact Hub in Birmingham. Again, I’m open to visitors or invitations to stuff that’s going on in the City Centre.

There is a teensy-weensy plan for curry on Thursday night.  Ping me on Twitter if you want to join us.

On Friday I’m co-facilitating “A Conference on Unconferencing” with top gent Dan Slee. If you’re at all interested in self-organising events, or how to get people to do important stuff without bossing them around then this is the day for you, it’s on from 9.30 till 4pm and will be chock-full of interesting people and ideas and action.

I do love the West Midlands but I love what we’re doing there even more, so if you would like me to come and do some similar stuff where you are for a few days, please do get in touch.

By chance I happen to be in Birmingham on one of the evenings when the lovely Nick Booth runs his social media surgeries in the fantastic Fazeley Studios.

And I’m helping out by showing some folk how to blog and post pictures.